IF INTERESTED, MAKE YOUR REQUEST DURING THE ARRANGEMENT CONFERENCE

One important goal of the funeral or memorial service is to give the family a way to “let go”, say “goodbye”, and begin the healing process. The release of Doves during the outdoor memorial or graveside service has become one of the most peaceful, uplifting and unforgettable moments of the funeral.

When the doves are released, they will circle overhead several times, allowing the crowd to fully admire their beauty. A dove release adds a symbolic and breathtaking touch to every service.

We are pleased to offer to our families our proprietary “Enchanted Wings” Memorial Dove Release which we can customize for your family.

Doves can be released at the church, at the cemetery upon the conclusion of the committal service, or the time and place of the release can be customized to accommodate any special situations.

One to three pure white doves are displayed during the visitation at the funeral home, and with the remains at the church. These Doves are for display purposes only, and will not be released

A single pure white dove is released, symbolizing the spirit being released from the body, and ascending toward heaven.

This release symbolizes the loved one, being re-united with a pre-deceased spouse

A single pure white dove is released, symbolizing the spirit of your loved one departing, ascending toward the heavens leaving a gentle and loving image in your mind. The Holy Trinity is the unity of the Father, Son, and Holy Spirit; shortly, afterward three additional pure white doves will be released moments after the initial dove so that all may reunite together

This is a 12 dove release. In this release, a single dove is released, followed by 11 doves, symbolizing the “Band Of Angels” coming to carry the honored one to their eternal home in heaven.

Each release is tailored to the anticipated event to include being accompanied by appropriate compliments such as accessories, momentos, keepsakes, music and other accommodations that will help you to make the release the highlight of the home going service or event.

We cannot conduct the dove release indoors, nor during inclement or weather conditions, because of the danger to our birds. These specific weather conditions will render our agreement void, and will necessitate immediate cancellation of the release. Any deposits or monies paid in advance of your event will be refunded. High winds, moderate to heavy rain, fog, and snow interfere with their homing ability. We do not conduct releases after dark.

Under no circumstances will we mistreat our birds, abuse them, jeopardize their safety or put them in harm’s way. 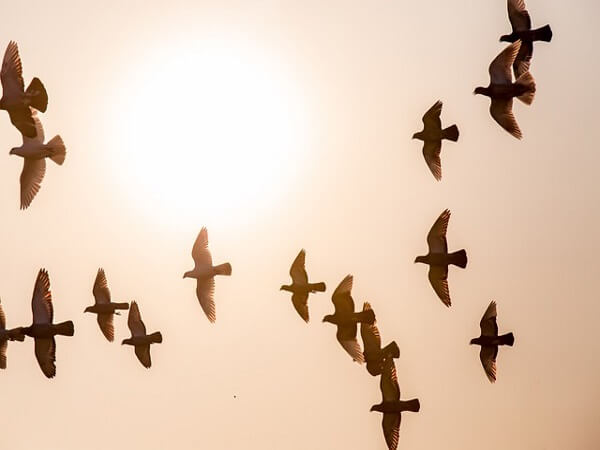