An Alabama Licensed Funeral Director, Je’Lynn M. Frieson is Co-Owner of Clark Memorial Funeral Service, where she is actively engaged and previously served as the past acting manager for a period of time, during her mother's return to work in public education.

In 2003, at age 21, she was licensed as a Funeral Director.   After obtaining her licensure as a Funeral Director, she continued to advance her education by studying at Southern Union State Community College in Wadley, Alabama, West Georgia Technical College in LaGrange, Georgia, Point University in West Point, Georgia and Herzing University's Birmingham Campus in Birmingham, Alabama.

She is a year 2000 graduate of Handley High School, Roanoke, Alabama, and is currently employed outside the Funeral Home as a Registered Nurse (RN) for Amedysis Home Health.   She is also employed at Traylor Retirement Community.   She has previously worked at Roanoke Health Care Center, a full-time Charge Nurse at George H. Lanier Memorial Hospital and Nursing Home, Golden Living Center in Lanett, and Oak Park Nursing Home in Opelika.   She has completed coursework toward a Bachelor's Degree in Health Care Administration at Point University, as well as Continuing Education at West Georgia Tech.   She has recently earned RN certification at Herzing University in Birmingham, Alabama.

Je”Lynn has plans to continue to pursue a higher level of education beyond her RN certification.   She is presently on target to earn her Bachelor Of Science in Nursing in 2023.

She is the mother of two beautiful children, James and Kynnedy. 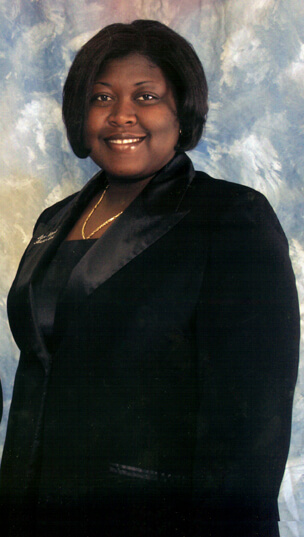