“Today, we faithfully remain the stewards and keepers of Wilkie Clark’s Vision”

View My Professional Profile on LinkedIN 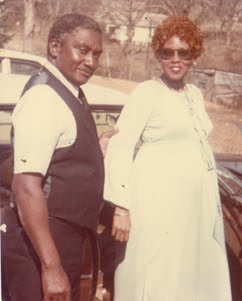 Today, we consider our mother, Mrs. Charlotte A. Clark-Frieson as the Matriarch of Clark Memorial Funeral Service.  Aging gracefully, she is the only member of our original founding family, who is alive.

Charlotte — who was in her early teens at the time — was involved in the establishment of Clark Funeral Home from its beginning. It was she who assisted her father in setting up the facility, and developing bookkeeping and accounting procedures for the business.

A “daddy’s girl” by nature, she stuck with her father, the late Wilkie Clark, throughout his life, and was his “right hand” during the early years. “By hanging out with daddy, I learned everything about running the funeral home. We had to do it all. We picked up the bodies, met with the families, we embalmed the bodies, we managed the rolling stock, we prepped the bodies for public viewing, we conducted the funerals, we handled our own accounting and bookkeeping work. We had to do that in order to maintain and survive. Randolph County is a small rural county and the people we were serving were not affluent people. Therefore, we had to learn how to accommodate their needs the most economical way possible…”

Her parents, the Clarks had a strong belief in education. They saw to her receiving the best education. In 1971, she graduated from Handley High School, Roanoke. In 1973, she earned her Associate Degree in Science from Southern Union State Community College in Wadley, Alabama. She later completed a Bachelor’s Degree in Education from Auburn University, and went on to earn her Master of Education (M.Ed), also from Auburn.

For a number of years, she taught in the Public Schools of Georgia, never relinquishing her interest in the development of Clark Funeral Home. 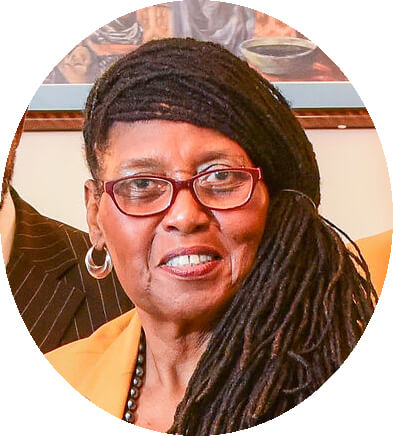 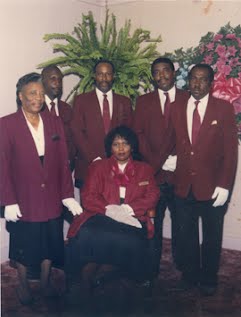 Upon the death of both her parents in 1989 (mom in February, and dad, later in July), she says “God summoned me to the helm of the funeral home. It was that year that I renamed the business Clark (Memorial) Funeral Service, because I knew from that day forward, this would become a memorial operation, memorializing my father’s profound work in this community. It was after Daddy’s death, that I made the decision to formalize my training in Funeral Service.” In August of 1993, she graduated with honors with an Associate in Applied Science in Funeral Service, from Gupton-Jones College of Funeral Service in Decatur, Georgia.

Under her stewardship, many improvements were made in and around the facility. Some of those improvements include the following:

1. 1990 – completed a remodel of the funeral home facility

4. 1990 – Transitioned to computerized funeral processing, accounting and bookkeeping. This

allowed us to streamline our funeral processing and arrangement time from 8 hours, to less than 1 hour.

No longer would families have to spend more than an hour for us to manually complete the billing and invoicing for the funeral services.

5. 1991 – Built and established the first website for the funeral home www.clarkmemorial.biz

7. September 10, 1992, Successfully passed the Alabama examination for Life Insurance and became licensed by Alabama Insurance Commission as a licensed life-insurance agent. This enabled us to enhance and expand our Preneed Offerings to include insurance products.

12. 2005 – February 18, hosted the Funeral Home’s 38th Anniversary Observance and launched Wilkie Clark’s Biography during which time the Historical Significance of Wilkie Clark was written in the archives of Randolph County, Alabama.

14. February 18, 2016 - We particpated in Roanoke's Annual Black History Parade, and on the same day, hosted our 46th Anniversary observance, with our friends Mr. and Mrs. Bruce and Yolanda Griggs from Hampton, Georgia, when we fed well over 250 guests.  It was a whole-day event, and many of our long-time friends, and former staff members came by and visited with us that day.

15. 2018 - Ran as a proud Democrat, for the office of Alabama State Representative for Alabama's 37th District.  While we did not win the election, this gave us a strong platform through which to make bold statements concerning the social and political status of marginalized citizens throughout the 37th District.

16. 2019 - Worked with her partners and staff to implement The Funeral Home's 50th Anniversary promotional project.

17. 2019 - Continued to work toward improvement/expansion of the funeral home facility.

18. 2020 - She was largely responsible for succeeding in having Clark Funeral Home named to the Alabama register of Landmarks and Heritage.  This is an on-going project which you can learn more about by visiting the following link:  Visit Website 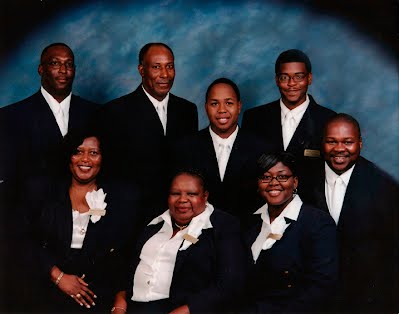 During roughly 25 years of her tenure, she produced and presented The Sounds Of Faith Gospel Radio Broadcast, a radio ministry sponsored by Clark Memorial Funeral Service, which aired over Roanoke’s local radio Station, Eagle 102.3 FM.

Throughout the years since her father’s passing, Charlotte also undertook a leadership role as President of the Randolph County Branch of the N.A.A.C.P., during which time, she served as an aggressive and outspoken voice of the people.

Despite more misfortune, including the untimely death of her husband, Clarence Frieson, Jr., she continued the practice, and promptly began mentoring her children, Wilkie and Je’Lynn. With the understanding that “we never know where death is,” she made it her goal to prepare both her children to assume the management responsibility for the company in the event of her death.

“Today, I get great joy out of seeing my son and daughter in action. I know that we will continue to serve these families of Roanoke and Randolph County with the same precision and dedication that my father did. Because I’ve seen their capability with my own eyes. I know they can do it.”

Today, Mrs. Charlotte A. Clark-Frieson remains the actively engaged MATRIARCH of Clark Memorial Funeral Service, but she has many other interests, skills and talents that she showcases on her personal website. Visit this link to see more. 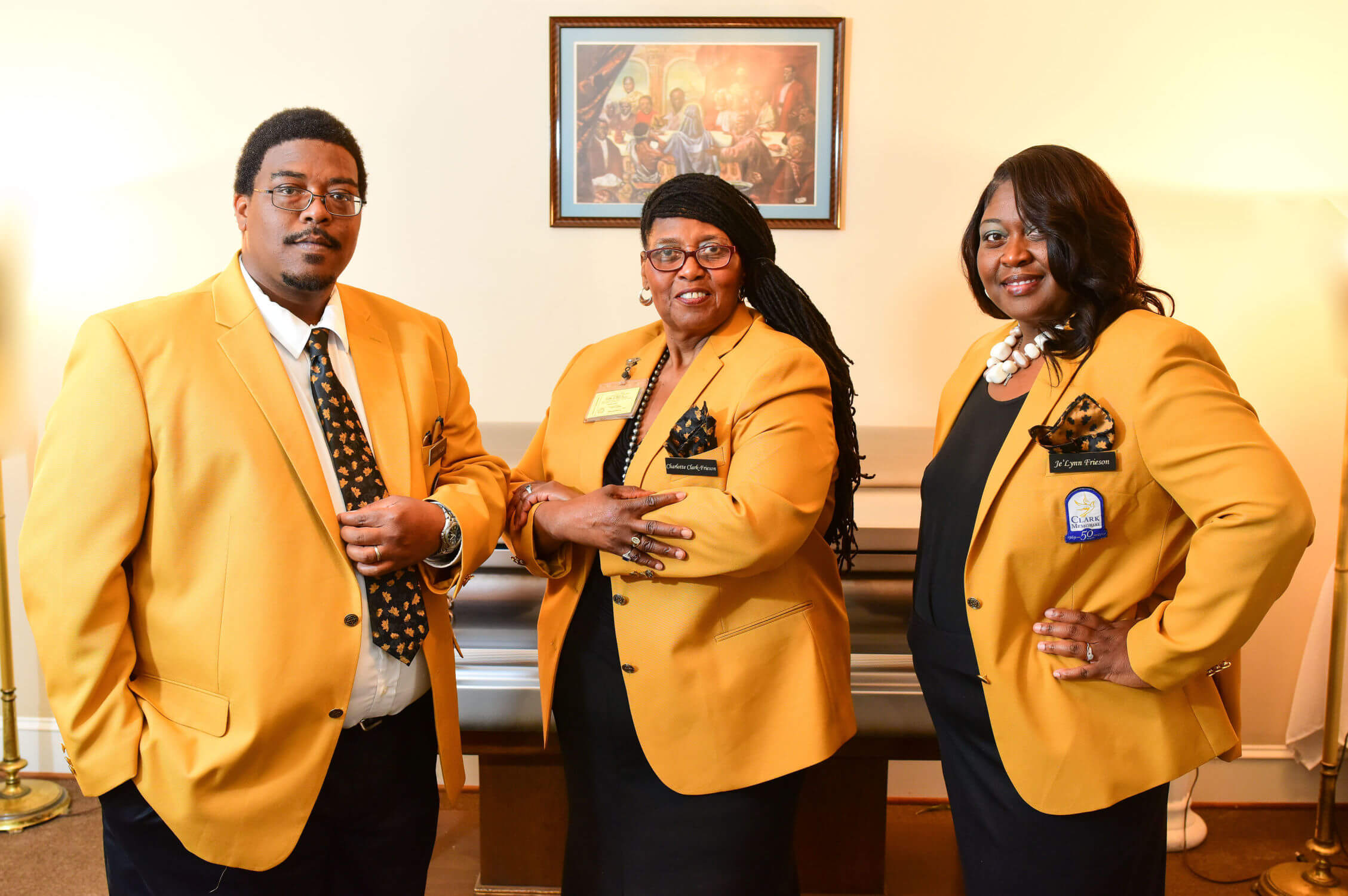