Share a memory
Obituary & Services
Guest Book
Read more about the life story of William and share your memory.

With utmost love and highest respect, the Jordan families of Roanoke, parts of Georgia and Virginia, sadly announce the passing from this life of their father, grandfather,  and brother, Mr. William Heflin Jordan, 78 of Roanoke.  William transitioned from this life on Friday, January 20, 2023 at Tanner Medical Center in Carrollton.

THE LIFE AND LEGACY OF WILLIAM HEFLIN JORDAN

"Who wouldn't want to know a man such as this, except Jesus"
(Gloria Jean Jordan Sadler, Sister)

“Motivated”, “Achiever”, and “Patriarchal” are three simple words that could capture the life force of the man we know as William Heflin Jordan.

Fondly known by many hometown folks as "Billy", William was born May 7, 1944, into the family of the late George Jordan, Jr. and Katheryn (Brooks) Jordan.  Sadly, before he reached adulthood, he lost his beloved mother.

Emulating his siblings — older and younger — Billy attended public school here in Roanoke, graduating with the historic Randolph County Training School Class of 1962 under the leadership of Dr. Benjamin A. Outland — finishing with such standouts as Gene Autry Thornton, Sandra Bussey, and Roydale “Roy” Terry.

Sometime afterward, he made a career decision to join the military and enlisted in the Marine Corps at the Birmingham Recruitment Center. Once he made that commitment, he gave it his all.

During his tenure, he was an overwhelmingly decorated and highly appreciated Marine serving during the Vietnam Era.

His career ushered him toward three areas of service:  Motor-Transport Operations Chief  (17 years, 7 months); Marksmanship Instructor (2 years, 11 months); and First Sergeant (12 years, 8 months). Together, these assignments translated into over 33 years of active service.

William’s interests were as diverse as his many skills, leading him to train in Motor Vehicle Operations; Nuclear, Biological & Chemical Defense; Techniques of Military Instruction; Leadership & Substance Abuse, and finally, First Sergeants Training.

After more than 33 years, having risen to the rank of E-9 Command Sergeant-Major and having served honorably, William retired from active duty.

While serving as a career Marine, he met the love of his life, Marianne Harp of Albany, Georgia. On August 11, 1983, they were married at the Courthouse in Albany. As a demonstration of his deep love for her, years later, William would surprise his beloved wife with a “real” wedding with all the trimmings. They remained together for the duration of his military service; and upon his retirement in 1993, returned to live on the Jordan family homestead in Roanoke.

Happy to be “footloose & fancy-free”, William and Marianne both happily filled their retirement years with service to their church and community.  William became involved with Canaan Baptist Church, Welch. Skilled in the culinary arts, he initiated a breakfast program, providing free meals to residents all over the community.  For years, this program blessed seniors, and families all over our communities. Breakfast plates would be regularly dispatched and delivered by an army of missionaries who converged on Canaan's grounds every Sunday morning.  And, what a blessing it was to have him oversee such a gratifying outreach program. It was appreciated by everyone who participated both on the giving and receiving end.

A true missionary with a BIG heart, Billy worked as a volunteer for the Boys and Girls Club for many years; he operated a free grocery store from his barn, giving away the food until the FDA shut him down; he served his community by opening his home to battered women and drug addicts,  giving them a sanctuary until they were able to relocate to more permanent homes.

His beloved wife, Marianne preceded him in death, on January 27, 2018, leaving him to complete his earthly journey alone.  As his own life neared its end, William waited to hear God's transitory call. That call fell fresh upon his waiting spirit on Friday morning, January 20, 2023, at 12:21 AM, at Tanner Medical Center, Carrollton, GA.  Like a good Marine, he had completed his earthly assignment:  he served his God; his country; and finally his family — giving it his all…

To send flowers to the family or plant a tree in memory of William Heflin Jordan, please visit our floral store. 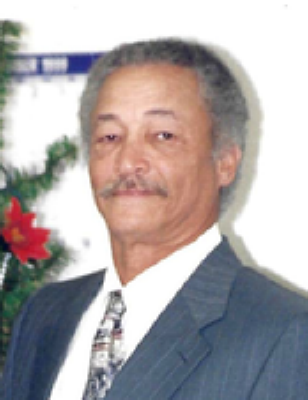 Other Ministers Sharing the Roster Include: Reverend Joe C. Cofield, Reverend Tony Oliver, and others

PLEASE NOTE MASKING CONSIDERATIONS...
The State of Alabama does not have a state-wide mask mandate at this time, however, we ask that all family and friends in attendance, please observe any masking requirements while on the church premises.


We strongly urge all visitors and guests to continue observing masking and physical distancing while visiting on our premises. PLEASE exercise this practice as an act of respect for both family members, and other guests, who may be susceptible to exposure to viruses.


Canaan Baptist Church does not currently have any specific mask requirements in effect, however, any visitors who feel the need to wear a mask, can obtain one from church personnel. The church expresses confidence in each individual to exercise appropriate precautions when necessary to protect the health and safety of one's self or others. We take pride in leaving it up to the discretion of each visitor to decide whether a mask is necessary or not.

Our sincere prayers for comfort and peace are sent forth during this time of sadness; and as always, we express deepest gratitude to our communities for sharing with the Jordan families during their bereavement.