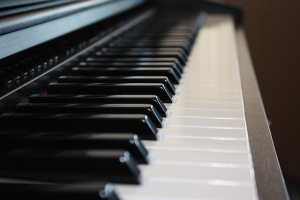 It is with very heavy hearts that we inform you of the passing from this life of our life-long friend and comrade, Mrs. Mable J. Grier McFarlin, 84, a native and former resident of Roanoke, Alabama currently residing in Gadsden, Etowah County, Alabama.  Mrs. McFarlin peacefully transitioned from this life on Wednesday, October 28, 2020, at her daughter's residence in Rainbow City, Alabama.

The Sunrise of Life for Mrs. Mable JacQues Grier McFarlin began on May 11, 1936 in Roanoke, AL to the parentage of the late Clara Mae Davis and Arthur Lee Grier Sr. Mable answered the call of her beloved Savior, Jesus Christ and transitioned from this earthly life on October 28, 2020 after fighting the good fight. She is now resting safely in his arms. Mable became a Christian at an early age and joined Bethel United Methodist Church in Roanoke.

In May of 1954, Mable was married to the late Joe Henry McFarlin. They were blessed with a daughter. Later moving to Gadsden, she joined Sweet Home United Methodist Church. There at Sweet Home, she served the church faithfully as a member of the senior choir and musician in addition to serving as the musician for several other churches in the surrounding area.

She graduated from The Historic Randolph County Training School Graduating Class of 1954. She furthered her education at Alabama A & M University (Huntsville) where she received her Bachelor’s Degree in Elementary Education and a Master’s Degree in English from Indiana State University.

Mable’s professional career consisted of being a classroom teacher.  Her career as an Educator took her from Randolph County Schools (including R.C.T.S. and Wedowee High School), to LaGrange Schools, and eventually to Gadsden’s City Schools.  As she moved about this province of education, Mable touched the lives of many youngsters.

Our thoughts and prayers remain with the entire family both immediate and extended.

To send flowers to the family or plant a tree in memory of Mable J. (Grier) McFarlin, please visit our floral store.

Please note
Service information for Ms. McFarlin are currently accessible on our website at the following web address: https:www.//clarkmemorial.biz/obituary/Mable-McFarlin.

For the convenience and benefit of Ms. McFarlin's family, we are asking all those who wish to post a condolence or message of sympathy, PLEASE do so directly on our website at the link we are providing below. Please bear in mind that not everyone uses facebook or other social media, and the family may not be able to view all electronic condolences that are posted on social media platforms. Our Guestbook Link is found here: https:www.//clarkmemorial.biz/obituary/Mable-McFarlin/guestbook.

All guests and those planning to attend services are reminded of our mandatory facial covering while on our premises or at the Cemetery. If you do not have a protective face-covering, one will be provided for you.

Our sincere prayers for comfort and peace are sent forth during this unsettling time of loss; and as always, we express deepest gratitude to our communities for sharing with the Battle families during their time of loss.