Share a memory
Obituary & Services
Guest Book
Read more about the life story of Leonard and share your memory.

With astounding sorrow, the Weaver, Johnson and Bryant families of Roanoke and nearby communities, announce the passing from this life, of their father, grandfather, and brother, Leonard Lee Weaver, 55, of Wadley.   Mr.  Weaver transitioned from this life on October 17, 2022.  He was at Wellstar West Georgia Medical Center, in LaGrange.

On Monday evening, October 17, 2022, Leonard Weaver exchanged this life for eternal life and was received into the presence of God, by the heavenly host. Mr. Weaver was born December 25, 1966, to the late Willie Weaver and the late Rosa Lee Traylor Rowland (Reverend Charlie Rowland) in Roanoke, AL.  A lifelong resident of Randolph County, he bonded with friends and family around the barbecue grill and Alabama football.

Leonard attended school in Randolph County, where he made life long companions.  His very first job was at Roanoke Stockyards.  After that, he became a truck driver of more than thirty years.  His employer's included:  Boaty's Produce, Jackson, GA, Raymond Alan Deborde Transportation out of Fayetteville, GA, R.E. Garrison Trucking, Vinemont, AL, J. W. Foods, Boaz, and M & K Trucking out of Pittsburgh.  He derived immense joy, while working in the transportation industry, spending time on that open road exploring our beautiful countryside.

Leonard had a deep fondness for Kenworth trucks.  Coming in at a close 2nd after his love for Kenworth Trucks, was his passion for motorcycling.  So enthusiastic was he about motorcycles, that he became a member of the "Easy Riders" Motorcycle Club out of Anniston, Alabama.  Surely, he made many great memories through his association with the "Easy Riders."   However, his greatest joy came from the time devoted to playing with his grandkids. A man of extraordinary faith, he expressed his love and trust in God as a member of the East Roanoke Church of God, where he will be greatly missed.

Leonard Lee Weaver leaves to reflect upon warm loving memories: his four daughters:  Shanna Johnson (Damon), Leeya Weaver, K'lynn Weaver, and Latoya Bryant, all of Roanoke, AL;  two sons: Leonardo Weaver (Katrina) of Gaylesville, AL, and Kantavious Trammell of Cusseta, AL;  one brother, Willie  Weaver (Arlene) of Waldorf, MD; five sisters: Connie Weaver of Washington, DC, Priscilla Guzman (Jose) of Columbia, SC, Evelyn Staples of Roanoke, Tammy Butler (Lavelle) of Toledo, OH, and Charlene Rowland of Birmingham, AL; one sister-in-love, Dorothy Foster of Roanoke.  The apple of Leonard’s eye were his sweet grand- children: Niabi Johnson, Joshua Weaver, and TaQoya Brown, who will forever have affectionate recollections of him. Leonard’s memory will surely live on in the hearts of his many other relatives and friends.

To send flowers to the family or plant a tree in memory of Leonard Lee Weaver, please visit our floral store. 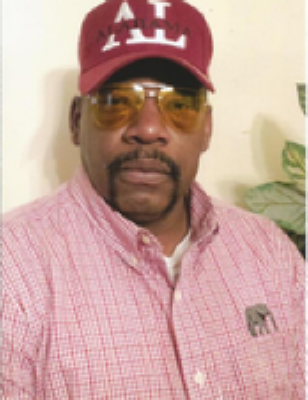